Cinco de Mayo is a widely popular holiday here in America. People gather throughout the country to celebrate Mexico and its food, heritage, and of course, its drinks. But did you know that Mexico does not celebrate the holiday with nearly the same fanfare? 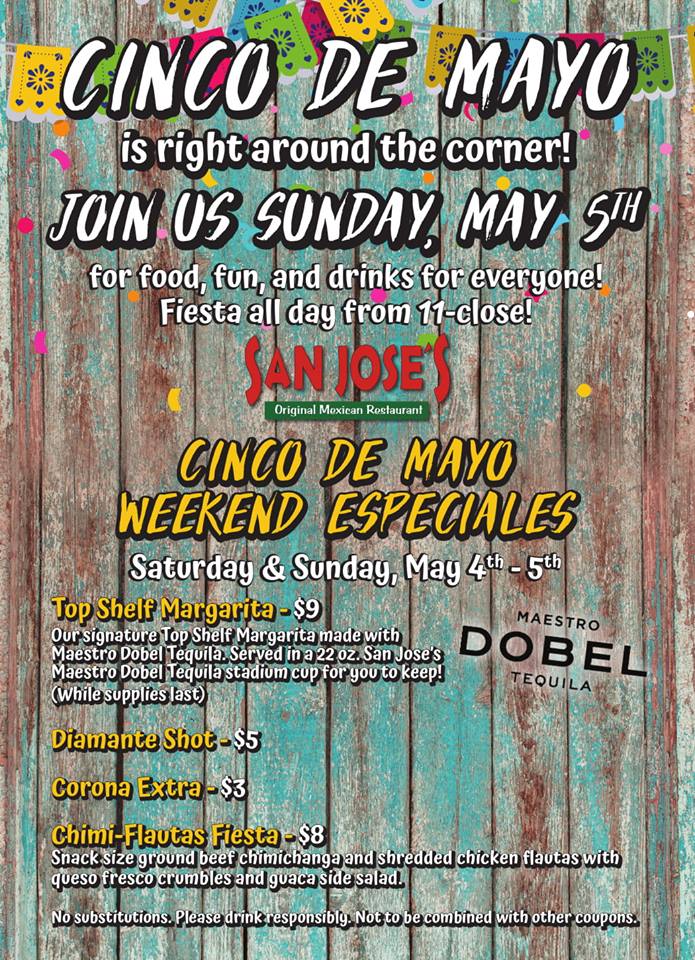 That’s right! In Mexico, Cinco de Mayo is a very low-key celebration. The only real parades and fiestas occur in the city of Puebla, due to the Battle of Puebla that began on May 5, 1862. This battle lasted only one day and resulted in a victory for Mexico when nearly 2,000 Mexicans and some of mixed ancestry fought off the French.

The battle’s victory was vastly important to the Mexican government and really helped increase the resistance movement. Even so, Cinco de Mayo is not considered a federal holiday in Mexico.

Here in the United States, Cinco de Mayo is really seen as more of a Mexican-American holiday. People go all out celebrating the Mexican culture with mariachi music, parades, folk dancing, and more. It’s truly a way to promote solidarity in the community and celebrate Mexican heritage.

If you want to celebrate Cinco de Mayo with some authentic Mexican food and drinks, head in to your local San Jose’s Original Mexican Restaurant. With tamales and frijoles charros, or margaritas and imported beers, we can take your Cinco de Mayo celebration to the next level. And if you’re looking for someone to cater your fiesta, check us out our catering page.